With so many more people announcing they have a gluten-intolerance without ever being tested, I thought it time I share my findings with people who come on my courses. You can’t go in a supermarket these days without seeing the gluten free isle, there are a growing number of varying optiosn, the thing that concerns me is how people see the gluten free sticker and immediately think healthier option, which if you read the label on the back of some of these products they are laden with added sugar and are not a healthier option.

Gluten intolerance is actually not an allergy, which is often a misconception, it isn’t a food allergy, a physical condition that effects your gut health. Gluten proteins (prevalent in wheat and other grains) remain in your intestines, you are unable to break them down and digest them properly, your gut and small intestine is in turn irritated and can flatten your microvilli, (present in your small intestine) reducing the amount of nutrition absorbed, leading to symptoms such as chronic fatigue, neurological disorders, nutrient deficiencies, anemia, nausea, skin rashes, depression, and more.

By remove gluten from the diet, the gut and lower intestine are allowed to heal and you begin to assimilate nutrition effectively.

In some cases individuals are not so lucky. Their guts may heal, but their bodies will never be able to digest gluten.

Many people tell me they are genetically pre-disposed to having a gluten intolerance however there are environmental factors that can bring that intolerance to the surface and exasperate symptoms. Such as

When you read the back of a food label and you can not pronounce half of the ingredients on the packet I do have to ask myself just what am I putting into my body, it’s with this I mind that I much rather make my own gluten free alternative. I am lucky in that I have not had any symptoms of a intolerance to gluten aside from the occasional bloating if I eat too much bread. However I still prefer to limit the amount of gluten and processed foods I add to my diet and prefer to make quick and healthy alternatives that I can see all the ingredients added to my food.

Here is a favourite of mine to enjoy on a Sunday morning with some home made damson jam and a pot of chamomile tea while I read the papers. 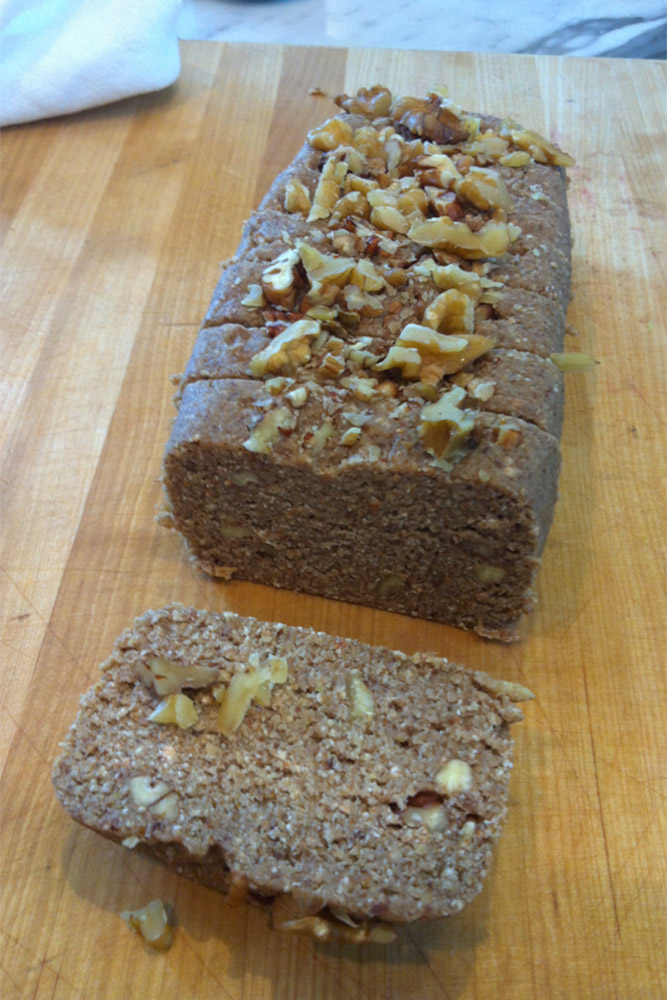 Process all the ingredients in a food process

Transfer to a mixing bowl and need into a dough. Form into two even sized loaves and pop in a dehydrate oven for 5 hours or a conventional oven on 50 degree C for 3 hours.

Tips to transform your space

Where do we get our protein from?