You are here: Home :: Blog :: Without adversity and trials we may never know what we are capable of 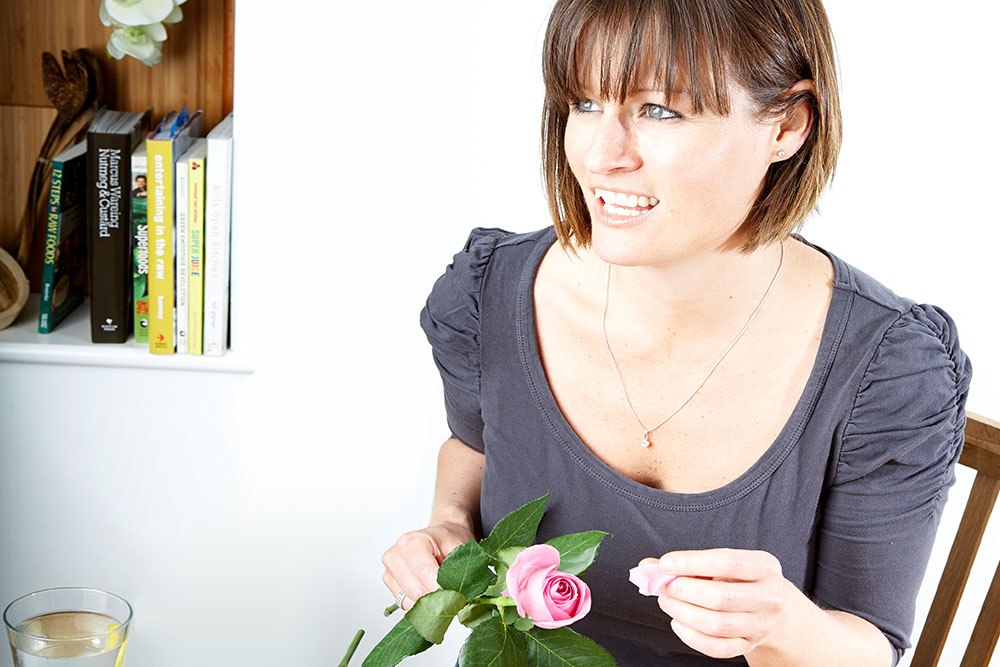 It’s my job to write about optimal health. I created that opening for myself after watching my sister die from breast cancer and needing to feel a sense of two key factors.

The first was the need to take control over my own immune support and be as fit and as healthy as I can be and the second to help others feel the same. Through my workshops, one to one coaching, recipes, books and blogs my clients could also feel more in control of their health and vitality.

With my sister passing away from breast cancer and my mum and two of her sisters battling and winning the fight my health became a priority for me and has remained so ever since. Through a diet rich in superfoods and regular exercise I had reached the age of 39 feeling fit and healthy with no aches, pains, headaches or cold and flu. A regular healthy person with a few indulgences here and there, but always knowing when those tip the scale and I would find my way back to making healthier choices.

I got married last in May of last year and a few months later in August, I fell pregnant and was overjoyed at the ease with which I conceived, all my fertility superfoods had paid off

Yet a week after discovering I was pregnant I began to suffer from extreme nausea and fatigue, by five weeks pregnant I was barely getting out of bed and for the next six weeks my energy was so low that the simplest daily tasks became impossible. At eleven weeks I was experiencing irregular cramping and we headed to the hospital for a scan only to be given the devastating news that our baby had died eight weeks into the pregnancy. It’s called a missed miscarriage, you have to wait another two weeks for margins of error or wait for nature to intervene. Those two weeks of still carrying your cherished, loved, lost child is totally devastating and feels very cruel. The most common question across your lips during this grieving processes is “What did I do wrong?” But no matter where you look for a medically viable reason with early miscarriage there is no explanation as to why.

You are just expected to dust yourself off and begin again so that is exactly what I did and three months later we discovered the delightful news that we were once again expecting.

Yet again at five weeks the extreme nausea set in, yet with this pregnancy the symptoms were ten times worse than before. I was admitted to hospital, a shell of my former self, severely dehydrated and in need of IV drips and anti-sickness medication. I tried for a week without the medication, not wanting to put toxins in my body that in my mind could harm the baby, yet by the following hospital admission eight days later having not kept food down for over a week, I arrived with my grey face and dark circles under my sunken eyes, barely able to walk from relentless sickness. I accepted what I thought I never would and began taking medication for my newly diagnosed pregnancy illness hyperemesis gravidarum (HG).

The nine weeks that followed were spent in what felt like a revolving door to the hospital, back on drips for the severe dehydration or curled up in bed in my living hell of debilitating nausea, low blood pressure and the feeling that my body had shut down and given up. The guilt of taking the medication, of not managing to eat, of having the knowledge of what nutrition my body and baby should be getting and not being able to give it, added to the pain and emotional suffering. Coupled with the fear that surely another miscarriage was inevitable given how weak I had become. I’ve always lived each day thankful for all life offers and yet, due to HG, I would will each day to be over, praying for the illness to subside and with no indication of when this living hell might end.

I’ve just reached my first year anniversary and for half of that year I’ve tested to the max the “in sickness and in health” vows. HG doesn’t just effect the woman, my husband has a hole where I once was. His life too is temporarily on hold. His wife missing, no longer the go-getter, super organised, his rock and support. Instead he returns from work to a wife receding into the bed-sheets and unable to accomplish even the smallest of daily tasks.

I’m now sixteen weeks pregnant and over the last week, my blood pressure has returned to normal, the sickness has reduced to only a few times a day and my energy is slowly increasing. This maybe, for now, my new normal. I am slowly unfurling and returning to the living. Our scans have shown I have a healthy sized and totally on track baby and, for all my guilt, my obstetrician has ensured my healthy living prior to this had allowed my body to store nutrition for my growing baby.

Coming out the other side of both of these experiences has offered me a level of humility I couldn’t possibly offer before. I love to share my passion of optimising our health through diet and I would often get frustrated by what I thought were people not taking their health into their own hands and making the necessary changes when given the guidance to do so.

Yet our health can very much be out of our hands.

Suffering from HG left me incapable of being responsible for my own health, not in control of what went in to my body and learning that, if left undetected, it can result in the death of baby and mother, has altered my outlook. I can appreciate there is nothing I could have done differently to prevent this illness from happening, being healthy before has stood me in good stead, but it was very much out of my hands

Each experience and chapter of our lives are lessons, and if someone would have told me that what I have gone through, and am still going, through is a learning curve to enable me to help people on a deeper level than before I may not have responded so well a few weeks ago.

Yet today, on a day when I am grateful to be able to drive myself to the hospital, for my daily injections, when I made my first green smoothie in eleven weeks, when I picked up my laptop for the first time since my illness began and shared my story, I realise that during the darkest moments when my body was at it’s weakest, I was gaining strength, courage, humility and sincerity, all of which will enable me to become an improved trainer, coach, motivational speaker and above all, a better mother.

Tips to transform your space

Where do we get our protein from?